Sully was rescued from Hobart Humane Society because he was not eating and was thought to be depressed. Once in ABRAs care it was discovered that Sully had a detached esophagus. The poor boy most likely had the condition his whole life and was lucky to still be alive. ABRA paid for the surgery and provided all the care for Sully to fully recover. Sully meet his new Mom a couple of months after his surgery at the Schereville’s farmer market and it was love at first sight! Sully who is now renamed Barty is Living a healthy, happy and spoiled life.

TUCKER was a “Death-Row Dog” rescued in January of 2013 and lived with his foster family until November when he was adopted into his fur-ever family. He’s living a happy, full life now!

SLADE, now Prince, was adopted into a family where he now lives happily with his sister dog. As a black pit-mix with cropped ears and a bad case of kennel cough, his odds of being adopted in a shelter were next to zero. Thanks to rescue, his now-family spotted him at Carson’s Community Days. He now has an opportunity to live out the rest of his life.

Bella was found running the streets with a note around her neck from her previous owner stating they no longer could take care of her. Bella is now well taken care of in her new loving home. Here she is sitting in her favorite spot.

Look at ABRA alumni Harley! She just loves her new family, especially sitting on her moms lap. Harley came to us in December of 2013 and contracted ringworm. Once that was cleared up, she was quickly adopted.  Enjoy the good life Harley!

Layla, now Harper, hit the jackpot with her new dad. She enjoys spending her time with all her fun toys.

Stanley came from North Chicago Animal Control around June of 2013. Stanley was adopted towards the end of 2013 and couldn’t have found people to love him more. He’s in the perfect home and loving life.

Jax, adopted Summer 2013, being his little mischievous self while his sister is trying to crochet!

This is Norton, formally Bruce, living out the good life in style in his forever home. Life is looking good for this handsome dog!

Feature Pet Of The Week

Warning: simplexml_load_string() [function.simplexml-load-string]: This version of the API has been deprecated. Please see the docs at https://www. in /home/content/17/8598017/html/Angels/wp-content/plugins/petfinder-listings/featuredpet-widget.php on line 29

Warning: simplexml_load_string() [function.simplexml-load-string]: This version of the API has been deprecated. Please see the docs at https://www. in /home/content/17/8598017/html/Angels/wp-content/plugins/petfinder-listings/featuredpet-widget.php on line 32

Petfinder is down for the moment. Please check back shortly. 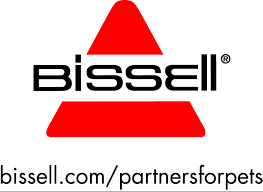